My cure is my illness: An undercover investigation into the Jordanian mental health system

My cure is my illness: An undercover investigation into the Jordanian mental health system 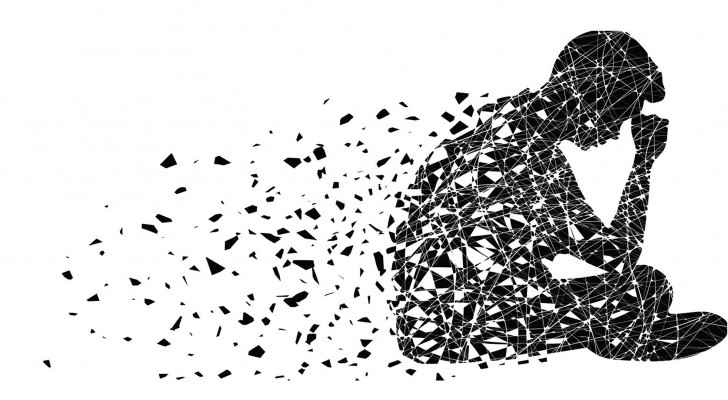 You’re anxious. You’re stuck between four walls with just a limited number of minutes to explain your problem to the person who is supposed to save you. Tick, tock; each second of waiting feels like a minute, and you’re dreading the judgment. Yet, each minute that passes feels like a second, and as time slips away with barely enough of it to discuss your past, present and future, those walls close in on you. This is what the cases we met felt in general after visiting governmental psychiatrists and psychologists.

Psychology is an understaffed profession

Dr. Mohammed Shuqairat, the head of the Jordanian Clinical Psychologists Association, said there are 35 doctors certified as clinical therapists in Jordan, while there are 110 psychiatrists, 75 of whom work in the private sector. This means that with a population of around 10,000,000 people in Jordan, there is one psychiatrist (public and private) for every 90,000 individuals. Meanwhile, there is just one clinical therapist for every 286,000 individuals living in Jordan.

The major difference between a therapist and a psychiatrist is that the former works on identifying patients’ emotions and problems, and helps with counseling them to find their way through the difficulties they’re going through. Meanwhile, the latter is a doctor who prescribes medication after diagnosing patients, by spending much of the time with patients on medication management as a course of treatment.

Patients Yasmeen and Aseel: Victims of diagnosis, neglect or the national health system?

Aseel (pseudonym), a woman in her early thirties, was diagnosed with depression and social anxiety in 2007. She shared her backstory and experience with visiting the psychiatrist, and how she became an addict. One of eight siblings, she was raised by an aunt whom she described as a bully.

Aseel described herself as being submissive and unable to fight for her rights. Her situation worsened when her sister married and she was left alone without a protector.

In 2007, Aseel was transferred to the governmental Advisory Clinics in the Sports City area in Amman, where she attended clinical therapy sessions for three years along with supporting medication. To her, everything was beginning to feel better. She said that she had reached a point where she felt “almost healed.”

The therapist who helped Aseel was very supportive and helpful, she said. Whereas her psychiatrist just used to prescribe her medication without even talking to her.

“I used to find my drug prescription ready for me to pick up each time. But I wanted to talk about all the things that I was going through. However, instead, they used to give me the paper and wave me goodbye.”

According to Aseel, her clinical therapy sessions stopped when the clinic ran out of funds from an international third party.

Aseel’s mental health slowly deteriorated once again, and she began to increasingly suffer from fatigue and grief after being forced to marry a man whose “mental age is seven years old,” according to doctors. She decided to seek help again by going to the same clinic. A psychiatrist prescribed her tablets, a sedative drug, after she told them that she has not slept in a while, and that she is extremely tired.
Aseel was told to take one pill a day, but ended up taking between 10-15 pills a day, before realizing that she had become addicted to her pills.

The side effects of overdosing on her pills were reflected through several symptoms, including oversleeping and not feeling anything when getting burned.

One day, she realised that she had run out of drugs, so rushed over to her brother to ask him to buy her some. The pharmacist, a family friend, was shocked that they have someone who consumes such a medicine that is known for causing addiction.

“When the clinic found out about my addiction, they closed my file and immediately transferred me to the National Addicts Rehabilitation Center,” Aseel explained.

The doctor who was in charge of her case told her that she was misdiagnosed and must undergo a “toxicity removal operation.”

The second case we spoke to was Yasmeen (pseudonym). The 18-year-old told us that her mother took her to see a doctor after she found her “struggling” following a bad relationship with her ex-fiance.

“At the time, if anyone tried talking to me in a rude way, I would start shouting at them or slamming the door in their face. I even tried committing suicide,” she said, explaining how it all began.

Yasmeen was first taken to a clinic, before being transferred to a hospital, where she had to remain for a month after being diagnosed with depression, and because she was feeling suicidal.

According to the teen, she was supposed to receive her medication through injections once every month, however, she received them once every week. Yasmeen said that they overdosed her on those medicines, which led to the creatine kinase levels in her blood to rise up to 4,000, when the normal range is supposed to be between 38 and 176 units per litre.

Yasmeen and Aseel said that they have thought about going to private psychiatrists, but couldn’t due to their “expensive” fees.

According to the Jordan’s Medical Association’s official wages list that was published in the Official Gazette, visiting a private doctor can cost you between 20-40 JD per session for a first visit, and 15.60 JD if you become a regular patient, with the condition that you stay for a maximum of 15 minutes with the doctor.

What do professionals say about this?

Public psychiatrists don’t take walk-ins. In order to get an appointment, individuals need to see their pre-assigned health clinic and then get referred to a mental health center. There, patients can make an appointment - which, due to the shortage of psychiatrists, might be scheduled for as far as two months’ time.

Dr. Rawya Al Borno, a professor in psychiatry, said that the limited time patients spend with doctors subsequently leads to a wrong diagnosis.

“Not every person who complained about not sleeping or stress can be diagnosed within minutes with depression and then prescribed with antidepressants,” she said.

We asked the head of the National Center for Psychological Health, Nael Adwan, about his opinion on the amount of time psychiatrists spend with their patients, and what he thinks of patients’ complaints.

“The general assumptions made are not valid. We can’t take just 10-20 complaints into consideration. Last year, 200,000 patients visited our mental health clinics. Of course some of them will not have been happy. We can’t generalize,” Adwan noted.

“Sometimes we hear patients say that they’ve barely had any time to sit with their psychiatrist. They say that they sat with them for a minute and then had to leave. Well, that is not true,” he said.

When we visited Mr. Adwan later on to ask about Yasmeen and Aseel’s diagnosis (and misdiagnosis) and the long time it takes to obtain an appointment with a mental health professional, after a few minutes of silence, he said that their doctors were the ones responsible for discussing this with us.

Throughout all the ups and downs life throws at us, anyone can be subjected to different forms of mental illness. However, the hardest part is deciding to seek help and to find the right helper.

Those struggling with mental health issues demand the right to good mental healthcare and timely access to help. They also stress the need for more clinical therapists and an environment where doctors provide them with the needed time and attention. They also advise that doctors raise awareness among their patients about the prescribed drugs and the risks they pose on them.