The Turkish plane almost landed in the Black Sea. (The Huffington Post) 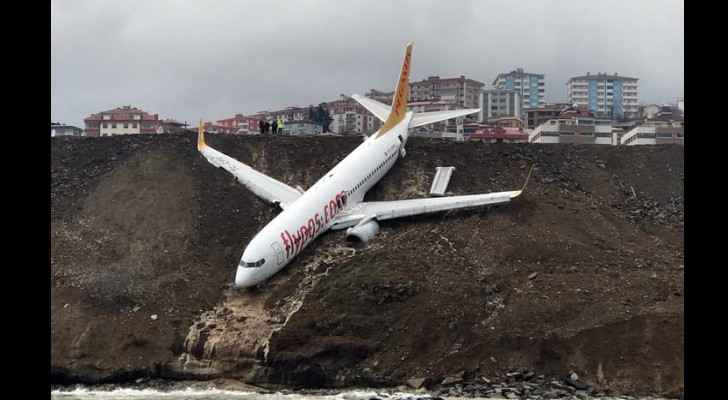 Passengers on board a Pegasus Airlines Boeing 737-800 plane were scared for their lives on Saturday, after their plane skidded off the runway, narrowly escaping a sea landing.

The aircraft went off-route upon landing at Trabzon Airport in Turkey, with 168 passengers and crew on board.

Panicked passengers feared their plane would explode, after smelling fuel when the jetliner plunged down the side of a cliff overlooking the Black Sea.

Everyone was evacuated safely and no injuries were reported, according to provincial governor Yucel Yavuz.

Some reports said that it was the thick mud on the slope that saved the plane from sliding into the sea.

A passenger took a video of what happened inside the aircraft a few minutes after the crash landing.

The airport was closed for several hours while investigations took place. However, officials said that they are currently still investigating the accident, reported the BBC.

The airline issued an official apology on Facebook, while explaining that the plane had “a Runway Excursion Incident during landing at Trabzon Airport.”

Jordanian child dies during family trip in Turkish city of ....