The current fare is 60 piastres per ticket. (Almadenah News) 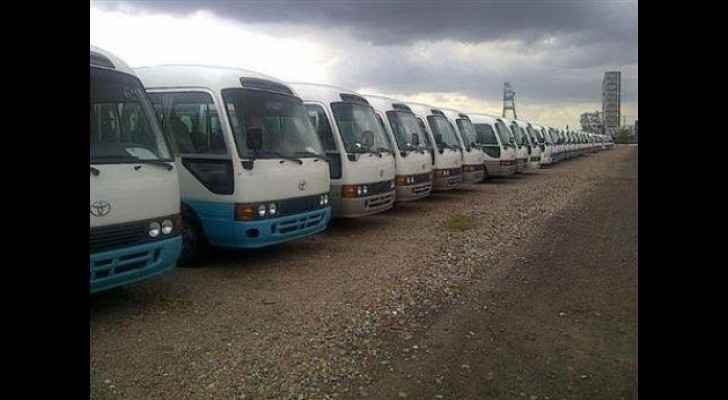 The owners and drivers of public transportation busses working the Irbid-Ajloun route went on strike on Sunday morning.

The sit-in took place outside the Ajloun Municipality building after drivers complained that the Land Transport Regulatory Commission (LTRC) has failed time and again to recalculate the bus fare in accordance with the increase of diesel prices and after adding a new stop to their regular route.

Drivers now pass through the southern area of Al Husun town near Irbid.

The bus owners pointed out that the LTRC did not take into account the increase in diesel rates or the extra 5 km journey the drivers have to make to pass through Al Husun.

Luay Batayneh, Head of the LTRC office in Ajloun, said that neither the drivers nor the bus owners have come to them with an official request to increase the bus fare.

Batayneh said that the current fare is 60 piastres per ticket, adding that considering raising that fee would require a detailed feasibility study.

The Ajloun Traffic Department said that nine of the busses working the Ajloun-Irbid route have been re-routed due to the low demand for this route, seeing as it is usually taken by university students, who are currently on one of their annual holidays.

Man arrested in Ajloun for violating ....