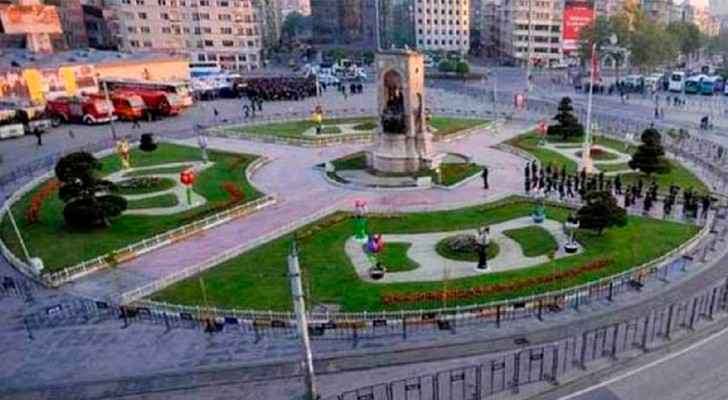 New Year’s Eve celebrations in Tukey’s most iconic square have been banned due to security concerns, a local police chief announced Wednesday.

Gatherings in Taqsim Square will not be permitted, and security measures will be at the highest level, Ismail Kilic, the police chief of Beyoglu district told local reporters.

“There will be no celebration so that the public can see in the new year peacefully,” Kilic was quoted at a meeting, according to Middle East Eye (MEE).

“We will double measures because we saw last year that the Reina attacker had filmed in Taksim before choosing another target after seeing the security measures in place,” Kilic added.

On New Year’s Eve 2017 Reina restaurant and nightclub was attacked by an alleged member of the so-called Islamic State, who opened fire on the crowd, resulting in 39 deaths including two Jordanians.

No further details were released explaining the reasons behind increasing the security measures, and if any threats were reported.

Turkey has announced a state of emergency since July 2016, following an attempted coup to take over the capital.

The state of emergency allows the government to ban any kinds of gatherings.

Taksim Square has been a major location for celebrations for many years. However, in the recent years, public celebrations have been held in other neighbourhoods.

This comes following a rise in reported incidents including sexual harassment and other forms of assaults.