Organisation of Islamic Cooperation (OIC) to call for recognition of Palestine. 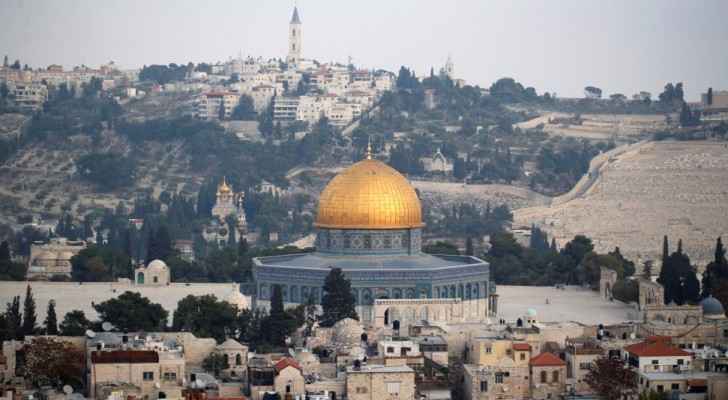 The Organisation of Islamic Cooperation (OIC) has rejected the United States' decision to recognise Jerusalem as the capital of Israel, according to Yousef al-Othaimeen, the group's secretary general.

Speaking on Wednesday at the opening of an OIC summit in Istanbul, al-Othaimeen urged Muslim leaders to work together to present a united response to the move.

"The OIC rejects and condemns the American decision," he said. "This is a violation of international law ... and this is a provocation of the feelings of Muslims within the world ... it will create a situation of instability in the region and in the world."

Jordan’s King Abdullah attended the meeting, emphasising the importance of a two-state solution with East Jerusalem as the capital of Palestine.

“Our region can never live in full peace without resolving the Palestinian-Israeli conflict, based on the two-state solution, and in accordance with international terms of reference and the Arab Peace Initiative, leading to the establishment of the Palestinian state on Palestinian soil, with East Jerusalem as its capital,” he said.

The King went on to emphasise that Trump’s decision could have dangerous repercussions across the Arab region, noting:

“The United States’ recognition of Jerusalem as the capital of Israel is a dangerous decision, whose implications threaten security and stability. It undermines efforts to resume the peace process.”

“Moreover, attempts to Judaize Jerusalem and alter its Arab, Islamic, and Christian identity will unleash further violence and extremism; for the city is holy to the followers of the three monotheistic faiths,” he added.

The OIC summit was called for by Turkish President Recep Tayyip Erdogan following Trump's announcement, which has sparked a wave of protests across the region, with tens of thousands of people taking to the streets in recent days to denounce his decision.