Qatar signs deal with Iran and Turkey to ease its blockade 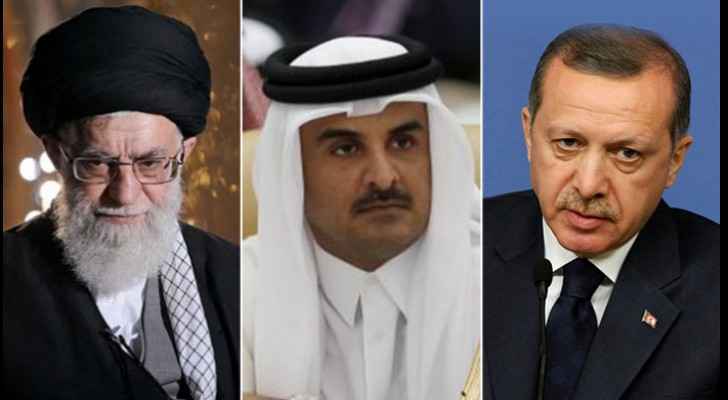 Iran and Turkey signed a deal with Qatar on Sunday to enhance ties with the Gulf state that has been under blockade from its Arab neighbours since June, Iranian state television reported.

The state television website said the agreement will create a joint group to transit goods between the three countries.
Qatar’s relationship with Shia Iran was a contributing factor to the start of the blockade by Saudi Arabia and its Sunni allies.

Saudi Arabia, Bahrain , the United Arab Emirates and Egypt cut ties with Qatar in June, citing the tiny Gulf country’s ties with Iran, amongst other reasons.

Qatar has denied all charges against it. and has brought legal proceedings against the blockading countries.

Al Marri said that a central committee has been formed to ensure that adequate compensation is received by those hit by the anti-Qatar sanctions
On June 22, the blockading countries issued a list of demands in order to lift the ban.

In response, Qatar said that the “unrealistic” demands were a “violation of human rights” and a tool to undermine the nation’s sovereignty.

Qatar’s Foreign Minister, Mohammad bin Abdulrahman al-Thani, said recently that the Gulf has been divided by Saudi policies, which have attacked Qatar without an exit strategy.

Turkey and Iran have sought to help Qatar since the crisis erupted by increasing food exports to the emirate.