Gianluigi Buffon retires after the game. 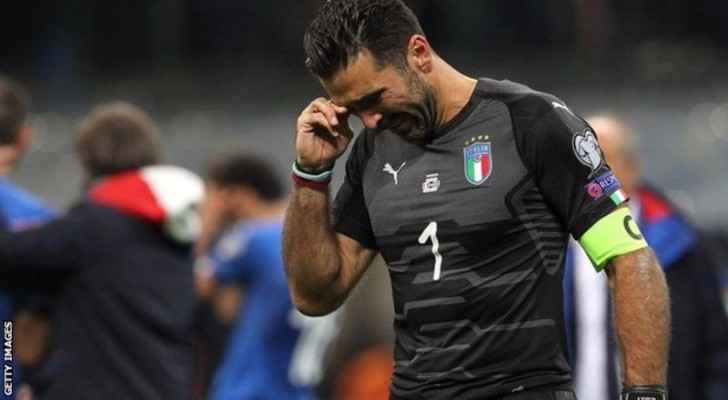 The Azzurri failed to qualify for the World Cup 2018 for the first time in 60 years, after drawing 0-0 against Sweden in Milan.

The four-time world champions took part in every World Cup since 1958.

Sweden qualified for Russia’s World Cup on Monday at the San Siro Stadium, after their goalkeeper Robin Olsen’s saves from Italian midfielders Jorginho and Alessandro Florenzi secured his team a place in their 12th World Cup.

A tearful Gianluigi Buffon, Italy’s goalkeeper, retired from international football after the game. He had made 175 appearances for his country during his 20-year career.

“I’m not sorry for myself but all of Italian football. We failed at something which also means something on a social level. There’s regret at finishing like that,” he emotionally said after failing to compete in a record sixth World Cup.

"There is certainly a future for Italian football because we have pride, ability, determination and after bad tumbles, we always find a way to get back on our feet," Buffon added. 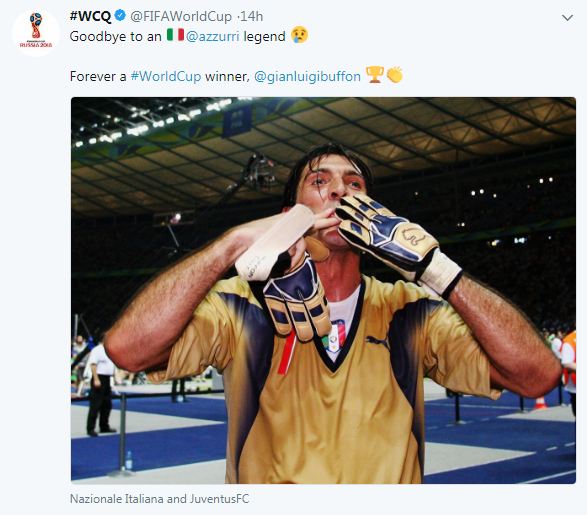 After the game, Italy manager Giampiero Ventura refused to give any comments to the country’s State television, and arrived 90 minutes late to his press conference.

During the conference, the 69-year-old denied resigning as Italy’s manager as he had not spoken to Italian FA president Carlo Tavecchio.

“I have not resigned, because I haven't spoken to the president yet,” Ventura said after arriving late at his press conference. “I'm sorry for being late, but every player I had the privilege of working with, I wanted to salute individually.” 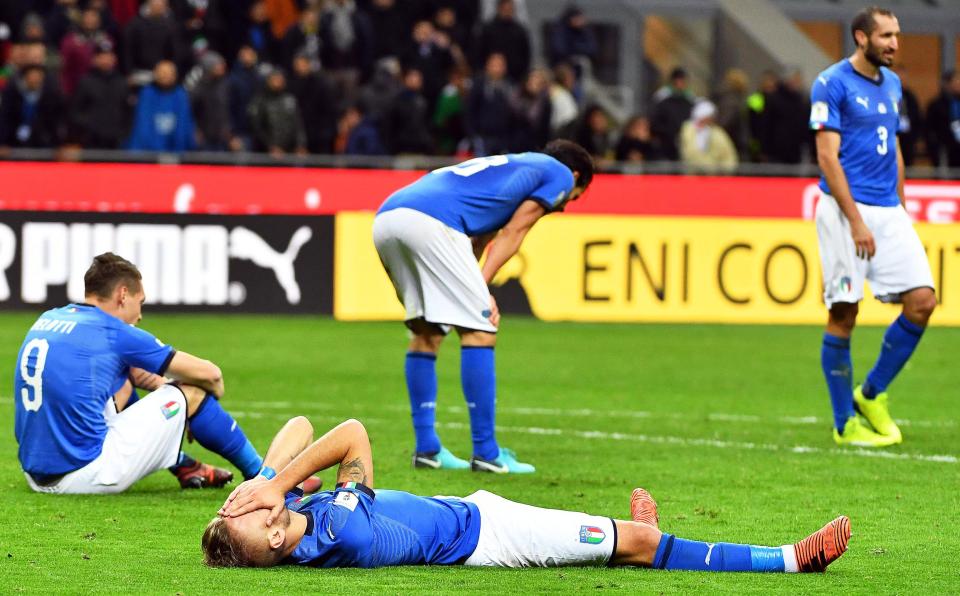 “It's a very heavy result to bear, because I was absolutely convinced – and tonight's game confirmed it – that we had this ferocious desire to overcome the obstacle. I have been in football for many years and know what it's like.”

“I am disappointed, because once again tonight I realised what the Nazionale [national team] means to the people. I thank the crowd at San Siro, who helped us to the last minute. It was unique and extraordinary.”

“The fact we deserved to qualify is frankly secondary right now,” he said. “I have to evaluate an infinity of issues. We will meet with the Federation and discuss it. We will speak the way we always have done. There is a rapport with Tavecchio and the entire Federation.”