The logo for Hareb's event on World Mental Health Day, urging people to wear green as a means to raise awareness on mental health. 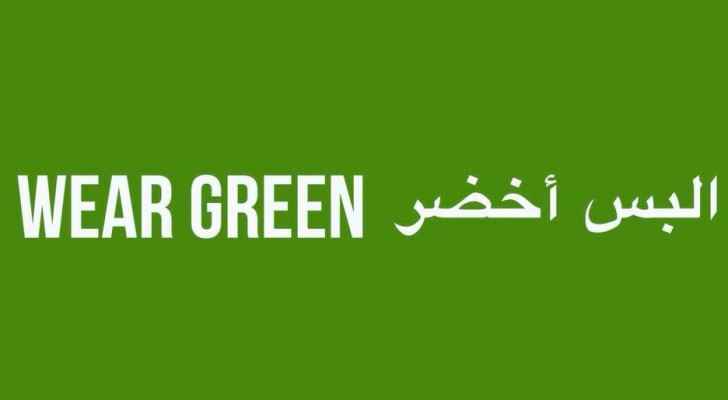 In Jordan, mental health issues continue to be an undiscussed topic among large segments of society, and the Kingdom has been identified as a country in need of intense support for strengthening the mental health system, according to the World Health Organisation.

However, moves have been made to promote mental health awareness in the Kingdom.

Mental disorders are often considered to be a sign of weakness, Halasa noted, and Hareb was founded to challenge this stigma. “Hareb means fight,” Halasa told Ro’ya. “We are fighting the stigma, the disease itself, and we are fighting for awareness. It’s very empowering to know that you can fight the disease. It is a battle, and you can fight and succeed.”

Hareb goes around schools and communities to spread awareness about depression and anxiety. They also hold events and social experiments to eliminate the stigma that goes with mental illness, enlisting the aid of people like Laith Al Abbadi, a comedian and psychiatrist.

One event, Walk for Depression, had up to 100 people walking the streets of Amman to spread awareness about depression, and in support of people suffering from it.

For today’s World Mental Health Day, the organisation encouraged their followers to wear green as a means to raise awareness, asking them to share pictures on social media using the hashtag #Hareb.