The Jordan Ayla Golf Championship kicks off in Aqaba

The first of a kind event will feature international players, including North Irish champion Darren Clarke. 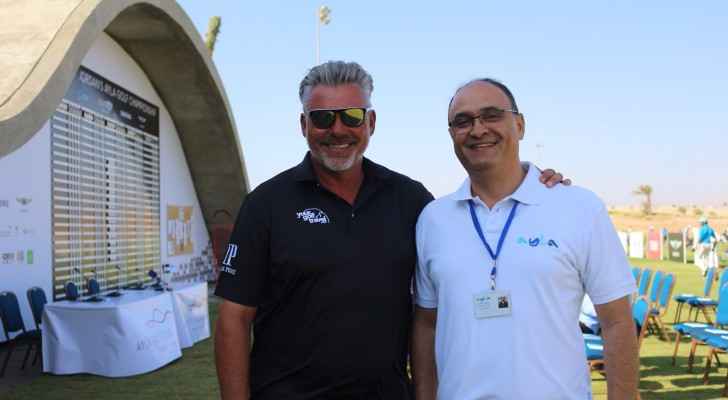 Under the patronage of HRH Prince Faisal bin Al-Hussein, the Jordan Ayla Golf Championship kicked off in Aqaba today, marking the beginning of the first event of its kind in the Kingdom. Organized by Ayla and taking place at the world-class Ayla Golf Club, the championship will feature the participation of local and international players.

The Jordan Ayla Golf Championship is taking place as part of the seventh edition of the MENA Golf Tour. The event was announced during a press conference held yesterday, which was headed by the Managing Director of Ayla Sahl Dudin and the company’s Director of Operations Chris White, both of whom welcomed the representatives of the MENA Golf Tour and the players participating in the tournament.

Ayla’s Managing Director Sahl Dudin explained that this tournament has been a key focus for Ayla since the launch of the Ayla Golf Club almost a year ago, at which point the company sought to dedicate all efforts to make this unprecedented event a success by securing all the necessary facilities and provisions and inviting some of the most talented players in the world to compete. 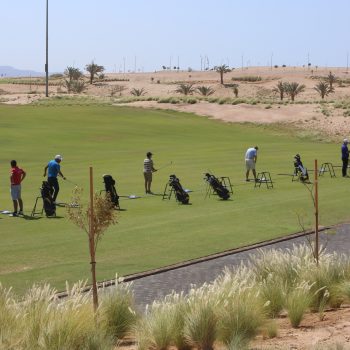 This includes Northern Ireland champion Darren Clarke, who is expected to be the standout performer of the tournament given his longstanding track record of achievements. The tournament will also host other global champions such as, Zane Scotland, Luke joy, and young Jordanian golfer Shergo Kurdi, in addition to Emirati golf champions Khalid Yousef Ahmad Skeik.

“Jordan has offered us a unique opportunity to join efforts toward supporting the sport of golf on a much broader scale, which will allow us to highlight the importance of the MENA Golf Tour as it marches proudly toward international status for the benefit of players and golf enthusiasts region wide,” commented The MENA Golf Tour Advisor, David Spencer.

Spencer announced the details of the current round of the MENA Golf Tour, which launched in March with a qualifying tournament in Morocco, followed by nine others that spanned Ras Al Khaimah, Thailand and Africa. The second season of the tournament launched last month in Dubai and spanned Abu Dhabi, Ajman, Kuwait and for the first time Jordan. 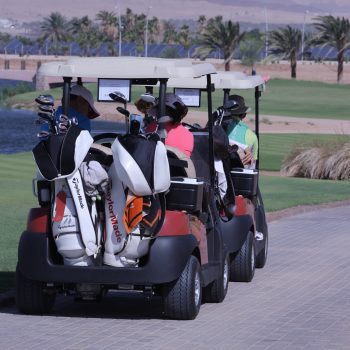 In describing his excitement to play for the first time in the Kingdom, Northern Ireland champion Darren Clarke said that he is looking forward to experience the uniqueness of Jordan and to enjoy the facilities provided by the Ayla Golf Club, which he believes will soon attain international status as a premier golfing destination for professionals and enthusiasts. Clarke also expressed his gratitude for the level of preparation and the effort made to make him feel welcome.

The Director of Operations at Ayla and golf specialist Chris White emphasized the readiness of the Ayla Golf Club to host this tournament, noting that the golf course at Ayla has been designed under the highest global standards with the objective of positioning Jordan as a key destination for hosting such championships.

Sitting over 120 hectares of lush landscapes and sensational waterfront views, the 18-hole, par-72 championship course at Ayla was constructed under the highest international standards, and will help place Jordan at the top of the list of popular golfing destinations worldwide. Designed by the legendary Greg Norman, the championship course is the largest in the Levant region and one of the finest in the Middle East. 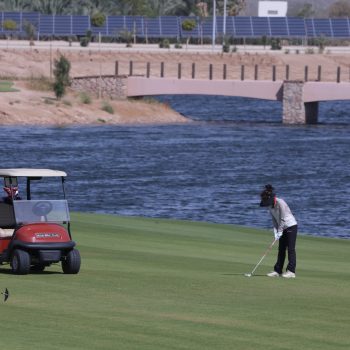 Its construction was implemented under the strictest eco-friendly guidelines, blending its cutting-edge facilities into the natural terrain in the area and incorporating the native landscape of Aqaba. The Ayla Golf Club also incorporates a nine-hole golfing academy and a fully-lit driving zone that requires 4.5 hours to complete in a golf cart.

White also noted that the golf course rivals the best courses in the region and Europe, as the facilities of the Ayla Golf Academy use solar power to provide adequate lighting that allows players to make use of the course during nighttime, which will allow players and visitors to further make use of the temperate climate Aqaba enjoys this time of year.

Aqaba to host the Jordan Ayla Golf Championship and the ....