One dead, 32 injured after van drives into crowd in Barcelona in suspected 'terror attack'

One dead, 32 injured after van drives into crowd in Barcelona in suspected 'terror attack' 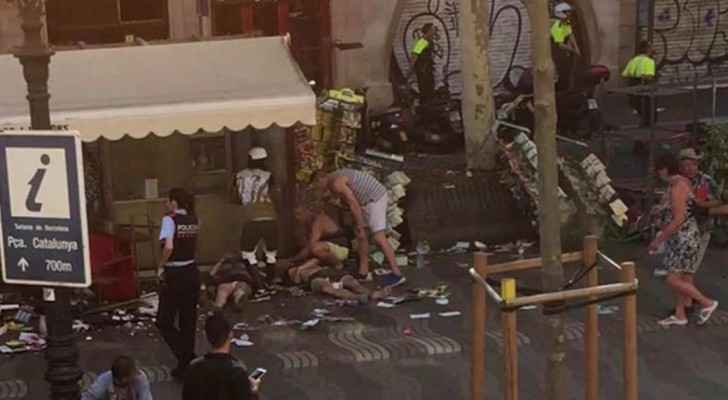 Spanish police has confirmed one person dead and 32 injured after a van plowed into a crowd of people in Barcelona on Thursday afternoon.

The incident is being treated as a possible “terrorist attack,” a Catalan police spokesman told CNN.

The incident took place near the popular tourist area of Las Ramblas, which has now been sealed off, according to a police spokesman.

Police also told everyone in the vicinity of Plaça de Catalunya to remain inside.

Local emergency services have also requested that metro and train stations in the vicinity are closed, according to Reuters.

One witness told local media that surrounding shops in the area have been evacuated.

He added that at least eight ambulances were at the scene.

Meanwhile, Spanish Prime Minister Mariano Rajoy tweeted: "In contact with all administrations. Priority: tend to the injured in Las Ramblas and facilitate the work of security forces."