German troops relocated from Turkish anti-IS base to Jordan

Von der Leyen said the Azraq air base in Jordan would be a new base for Germany's troops. 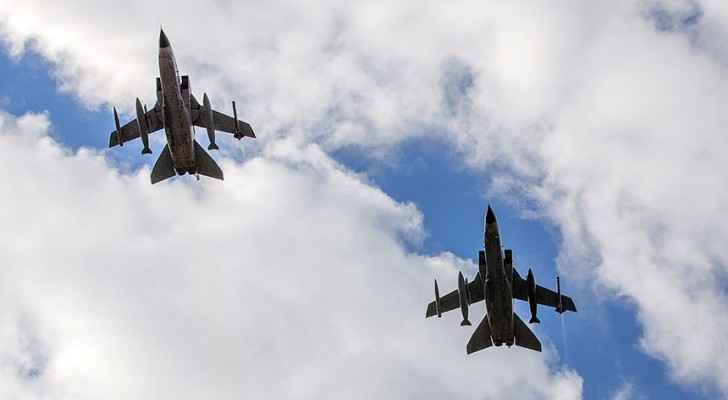 The German government decided Wednesday to withdraw its troops from Turkey's Incirlik base near the Syrian border after last-ditch talks with Ankara failed to resolve an escalating row.

The military personnel, Tornado surveillance jets and other hardware -- deployed as part of the international coalition against the Islamic State group -- will be moved to Jordan's Asraq base instead, said Defence Minister Ursula von der Leyen.

Germany has had more than 250 troops stationed in Incirlik, flying surveillance missions over Syria and refuelling flights for partner nations battling the IS jihadists.

But the deployment has become a bone of contention after Ankara repeatedly refused to allow German lawmakers to visit the base.

Ankara had first denied German parliamentarians the right to travel to the site for several months last year, angered by a Bundestag vote to recognise the Ottoman Empire's World War I-era massacre of Armenians as a genocide.

A fresh row over lawmakers' visits to the air base erupted last month.

This time, Ankara was protesting the fact that Berlin has offered political asylum to Turkish nationals accused of complicity in the July 2016 attempted coup against President Recep Tayyip Erdogan.

After the talks, Cavusoglu repeated that "we would not like to see members of FETO take shelter in friendly country Germany", referring to a movement led by US-based Muslim preacher Fethullah Gulen whom Ankara blames for orchestrating the failed coup.

Berlin has argued that it cannot deploy its soldiers in places which lawmakers are unable to visit, given that all military missions are mandated by parliament.

Von der Leyen said the Azraq air base in Jordan would be a new base for Germany's troops.

The transfer would disrupt its air refuelling missions by two or three weeks, while Tornado surveillance flights would cease for two to three months, she said.

The transfer would not require a new mandate from the German parliament, as the current one specifies the deployment site as the airspace over Syria and its neighbouring countries, but does not name the base.

But the government may seek approval from lawmakers for political reasons -- not least to bolster its point to Ankara that the deployment was decided by parliamentarians who should therefore be able to visit the troops.

Ties between the NATO allies have been strained since the failed coup in Turkey, and tensions have worsened over multiple issues including a referendum campaign to expand Erdogan's powers.